10 Technologies That Have Changed the Church Throughout History 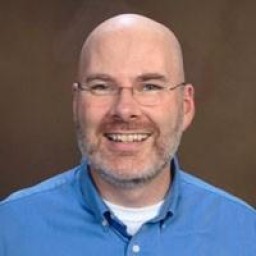 Even as pervasive as technology is in our society today, I have church leaders express concerns to me that the technology should not change or affect the way we do church. The inference is if technology changes the church it will be bad or have a negative impact on the church.

The reality is the world will intentionally or passively embrace technology to bring about change on the church and society as a whole.

So how should the church respond?

[Tweet “The church has a responsibility to redeem technology to reach the lost, make disciples, train leaders.”]

10 Technologies That Have Changed Church Prior To The 21 Century

As the Roman Empire expanded throughout the known world, a system of roads were built to facilitate the movement of Roman soldiers and officials. It also enabled its citizens to more easily travel from village to village, a feat that had previously been very laborious. These roads made it much easier to spread the Gospel from village to village as well.

[Tweet “I am thankful the #church embraced these technologies: Papyrus & Parchment. #WrittenWordOfGod”]

This is one technology that dramatically changed the world culture. By making it possible to mass print fliers and other documents, the Gutenberg Press was the catalyst that changed the entire culture of the world by making it possible for the leaders of the Protestant Reformation to share their ideas and teachings with a much wider audience. The church authorities were afraid of this new technology and specifically the messages it was producing for the Reformers.

Ultimately, the Gutenberg press allowed for mass printing of the Bible in the language of the people and facilitated the unchaining of the Bible from the pulpits of the church. It also brought about critical thinking and questioning of church authorities.

[Tweet “I am thankful the #church embraced this technology: Gutenberg Press. #BibleUnchained”]

Numerous electric powered  tools have been implemented into the weekly church workflow: copy machines, lights, electric typewriters, adding machines, and the list goes on. Electricity powers many tools that make the several tasks of the church easier so we can spend more time on relationship building.

[Tweet “I am thankful the #church embraced this technology: electricity. #minfrasTructure”]

[Tweet “I am thankful the #church embraced this technology: heating and air conditioning. #minfrasTructure”]

With the changes in architecture, it has been necessary for the church to rely more on audio technology. This helps not only the average person hear the music and sermon more clearly, but advances in personal hearing devices have allowed the church to aid individuals with hearing loss to have access to the audio as well.

[Tweet “I am thankful the #church embraced this technology: Audio System. #ChurchAudio”]

This has enabled a transition from holding a hymnal to reading the words on a screen. In addition, this has provided a way to provide visual aids to make a point in the sermon as well as ensure everyone in the worship service can see the text of Scripture being read.

This has helped many churches broadcast worship services to the community and homebound members.

This has allowed the church to record sermons and distribute them in various ways. Whether selling or giving them away, cassettes, CDs, VHS tapes, and DVDs have made it possible to get sermons and discipleship material into the hands of more people.

The automobile has contributed to more regional churches as people have the choice to drive to churches that may be outside their neighborhoods. But the automobile has brought us the bus as well. Some churches send a bus into the neighborhood to pick up children, and others send buses to pick up elderly who cannot drive and bring them to church on Sunday. Buses are also used to transport people to summer camps and mission trips.

[Tweet “I am thankful the #church embraced this technology: Automobile. #YouthCamp #MissionTrip”]

While this is not a comprehensive list, it provides a glimpse at how the church has changed to adopt the technologies of the day to help fulfill its mission to the world. Many of these technologies were resisted by church leaders of their day, but today we take these same technologies for granted.

The church must never compromise the message of God’s love. The technology must always be a tool and never become the object of our worship. But technology has changed several ways in which we do church.

What technology has your church implemented and how has it changed the way you “do” church?

What Works Better: A Physical Church Office or a Virtual One?

5 Lessons from Moore’s Law Every Church Should Learn